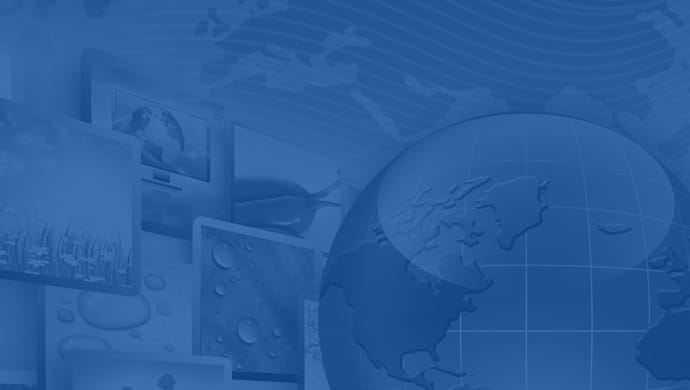 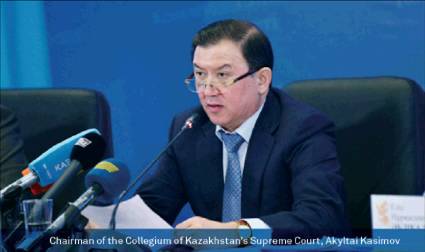 The Chairman of the Collegium of Kazakhstan’s Supreme Court, Akyltai Kasimov briefed journalists at the Central Communications Service on January 27 on the work of Kazakhstan’s justice system in 2013.

Mr Kasimov began by referring to President Nazarbayev’s January 17 «State of the Nation» address in which he outlined the importance of ensuring that Kazakhstan has state institutions that create «an atmosphere of honest competition, justice, rule of law and a high level of legal culture» in order to reach the goal of entering the top 30 most developed countries by 2050.

Two of the key elements in place for achieving these goals are the «Concept of the Republic’s Legal Culture up to 2020» and the «State Program for Further Modernization of the Law Enforcement System of the Republic of Kazakhstan from 2014-2020», Mr Kasimov said.

Reviewing the past 12 months, he noted that in 2013 Kazakhstan’s courts received over one million submissions and cases, a 14% rise on 2012. Mr Kasimov said that in 2013, the Supreme Court had introduced into parliament a number of draft laws to simplify the administration of justice and reduction of bureaucratic procedures. Analysis has shown the need to improve criminal law. This has led to the development and submission to parliament of a draft Criminal Code, a draft Criminal Procedural Code and a draft Penal Code. Work is also underway on developing a new Civil Procedural Code.

«We expect that these innovations will contribute to raising the quality of the work of the justice system and the ef ciency of law enforcement work as well as strengthening constitutionally guaranteed rights and freedoms», Mr Kasimov said.

He went on to explain that in December 2012 the Prosecutor General’s Of ce and the Supreme Court produced a Concept for Reducing the Prison Population. Together with the draft Codes, the basic idea is to humanize criminal law through wide use of alternative measures of sanction. He pointed out that in 2013 only 39% of total convictions led to jail sentences, 4% less than in 2012.

The further development of the justice system will combine active implementation of the norms and principles of international law in the work of the courts as well as improved quality of pre-trial work, Mr Kasimov said. He pointed to the use in Kazakhstan’s courts of new technologies that make it possible to speed up considerably the administration of justice and provide transparency. At present, there are few countries with court systems where internet resources are available for search requests as well as the possibility to consult audio or video reports of court sessions and court orders.

Recruitment of the best people is the top priority for the justice system, Mr Kasimov said. Work is underway to develop a human resources policy aimed at ensuring transparency and fairness in the recruitment and deployment of judges, including possible surveys of future judges in order to rate their performance. Mr Kasimov noted that the names of candidates for judges are published in the media and that the Supreme Court wants to see public discussion ahead of appointment of judges.

He f nished the brief ng by emphasizing the role of the media in developing people’s legal consciousness and their attitude to the justice system as well as their respect for the law. Objective reporting of the work of judges provides them with reassurance in performing the dif cult task of administering justice, Mr Kasimov added. He announced that in this spirit, the Union of Judges together with the Union of Journalists and the Adil Soz International Foundation for Protection of Free Speech will organize a competition in 2014 for the best reporting on the work of Kazakhstan’s courts.

«One of the priority tasks of the justice system is to raise its eff ectiveness and strengthen the population’s trust in the servants of Themis (the Greek God of Justice). Above all, this is a question of improving the quality of the administration of justice.»

Akyltai Kasimov, Chairman of the Collegium of Kazakhstan’s Supreme Court

A weekly online publication of the Ministry of Foreign Affairs of the Republic of Kazakhstan http://mfa.gov.kz/