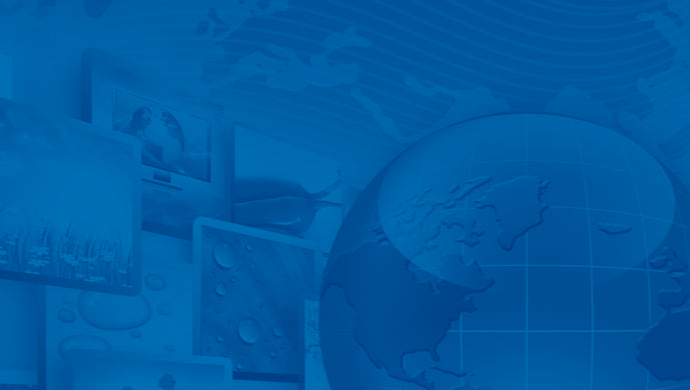 Development of International Commercial Arbitration Legislation
of the Republic of Kazakhstan

Chairman of Kazakhstani International Arbitrage, Director of the Private Law Research Institute of the Kazakh Humanitarian and Law University,

Academician of the National Academy of Science of the Republic of Kazakhstan, Doctor of Law, Professor

the Private Law Research Institute of the Kazakh Humanitarian and Law University, Candidate of Jurisprudence

The Law On Introduction of Amendments and Additions to Some Legislative Acts of the Republic of Kazakhstan on Issues of State and State Property Immunity, Improvement of Activity of Arbitration Courts and International Commercial Arbitration (hereinafter, the New Law) was adopted on 5 February 2010.

In this report, we will consider briefly the issues of immunity of the state, problems of improvement of activity of arbitration courts and international commercial arbitration.

The value of the New Law lies primarily in the legislative solution of the issue of immunity of the state and its property.

Three kinds of the foreign state immunity are distinguished:

1) the legal immunity - the immunity of one state from the jurisdiction of courts of another state. It is expressed in one well-known legal formula: par in parem non habet imperium (the equal has no jurisdiction over the equal»;

2) immunity from pre-judgment measures of constraint - no compulsory measures can be applied in respect of the property of a state without its consent;

3) immunity from compulsory execution of an award. All three kinds of immunity make up the jurisdictional immunity of a foreign state.

The theory of the absolute immunity dominated in all countries of the former USSR which was the first historically and in accordance with which the state in any circumstances was not subject to the jurisdiction of courts of another state without its consent. Nevertheless, since the beginning of the ХХ century the courts of different states began to take more determined attempts to limit somehow the state immunity. Finally, the theory of the functional or limited immunity appeared by the 1970s, according to which while exercising the public functions a state shall use the absolute immunity, but while carrying out the private law activity it loses immunity. Besides, the very entry of a state to the private law relations shall be considered as a waiver of immunity.

However, the Soviet Union steadfastly kept the concept of the absolute immunity. Russia is still keeping this concept. This concept was put into the Civil Procedure Code of Kazakhstan (hereinafter, the CPC).

On this basis, we can acknowledge the timeliness of adopting the New Law. The doctrine of the limited immunity for foreign states is stipulated in the CPC (as amended by the New Law). The Article 428 of the CPC provides that a foreign state does not enjoy the immunity in the Republic of Kazakhstan if it has undertaken any activity other than of the state sovereignty, including in the cases specified in Articles 435 - 441 of the CPC. These Articles elaborate on the non-application of the immunity in terms of the disputes connected with the business activity; participation in legal entities; rights to property; indemnity; objects of intellectual property rights; exploitation of sea-crafts and crafts of inland navigation; labor disputes.

This rule is extended to other kinds of the jurisdictional immunity. A foreign state does not enjoy the immunity from pre-judgment measures of constraint and the immunity from the compulsory execution if the property of a foreign state located on the territory of RK is used and (or) supposed to be used by the foreign state for the purposes other than the effectuation exercise of the state sovereignty (Sub-paragraph 3) Article 442 of the CPC).

Thus, the New Law finally liquidated the longstanding gap in the legislation of RK having established the principle of the limited immunity for foreign states. This signifies its historic importance.

The issue of correlation between the immunity and applying to international commercial arbitration is very disputable. We think that the differences between three kinds of the jurisdictional immunity are not taken into account when it is stated that the consent of a state for considering a dispute in the international commercial arbitration is regarded as the waiver of the legal immunity by the state.

Now we are convinced that the consent of a state for considering a dispute in the international arbitration does not mean the waiver of the legal immunity. The legal immunity means the immunity from the jurisdiction imposed by courts of another state but not by the arbitration court, which is a non-state private institute. In general, not only legal but also any other jurisdictional immunity is completely connected with the state courts, whether it is the consideration of a dispute, pre-judgment measures of constraint or compulsory execution.

Then what does the submission of a dispute to the arbitration court mean? There are also different points of view in this respect.

For example, according to the opinion of one well-known Russian scholar M. M. Boguslavsky the conclusion of an arbitration agreement by a state in its own terms means that the state has waived the jurisdictional (legal) immunity. Then he ascertains that the consent of a foreign state to consider a dispute in the arbitration court does not mean automatically the consent to apply the pre-judgment measures of constraint and the consent for compulsory execution of an award.

According to his opinion in the same way the conclusion of an international agreement on investments protection providing that the state gives its consent to consider arising investment dispute in arbitration does not mean in its own terms that thereby it has given its consent to compulsory measures of the awards execution[1].

Nevertheless, the USA courts proceed from the fact that the conclusion of an arbitration agreement involves the waiver of the immunity not only concerning the supervisory responsibilities of the courts, but also the waiver of the enforcement procedures immunity. For example, in case Ipitrade International v Federal Republic of Nigeria (1978) the claimant struggled for an execution of the award passed in Switzerland in accordance with the arbitration agreement concluded by the Parties. The respondent referred to the immunity. In its award, the court noticed that «the history of adopting the Act of 1976 shows clearly that the arbitration agreement or submission to the laws of another state constructs the implied waiver»[2].

The legislation of Kazakhstan holds the similar position. The following rule is included to Article 432 of the CPC (as amended by the New Law):

«If a foreign state expressed in a written form its consent to consider the disputes in the arbitration involving its participation which arose or can arise in the future, it is recognized that in respect to these disputes it gave the voluntary consent to waiver of the legal immunity regarding the execution of the arbitration-related functions by the court of the Republic of Kazakhstan».

2. Issues of Improvement of the Arbitration Courts and International Commercial Arbitration Legislation

The New Law was developed on the basis of the analysis of the arbitration courts and international commercial arbitrations activity in Kazakhstan during the last 5 years and generally it brings significant changes to the Law on International Commercial Arbitration. Let us name the main advantages and disadvantages of the New Law.

1) Advantages of the New Law

The positive changes are obvious: the notion to waiver of the right to take exception against non-compliance with the arbitration agreement requirements was included; regulation on the lack of jurisdiction of arbitral tribunals over the disputes affecting the interests of the juveniles, persons considered legally incapable under the laws; the requirements to the Arbitrators were specified; the conditions of the activity of ongoing arbitration and the power of the arbitration in taking pre-judgment measures of constraint were expressed in details; the Chapter of the Law on International Commercial Arbitration about arbitration was fundamentally extended and revised; the term for amendment and interpretation of the rendered award and also for passing the supplementary award by the arbitration was extended from 30 till 60 calendar days.

Among the most important innovations of the Law on International Commercial Arbitration, one should mention Article 6-1 «Arbitration agreement and filing a claim on its substance with a competent court», according to which a competent court with which a claim was filed on a an arbitration matter shall direct the Parties to arbitration, if any of the Parties so requires and not later than the submission of their first statement on the substance of a dispute, unless it finds the arbitration agreement invalid, void or inexecutable. At the same time in accordance with Paragraph 2 of this Article in spite of filing such a claim the arbitration proceeding can be started or continued and the award can be rendered while the competent court deals with the issue of its jurisdiction over the subject of the arbitration proceeding.

A lot of amendments and additions introduced to the Law were included following the practice of disputes consideration by the ongoing arbitration courts. In particular, the Arbitration Rules of the Kazakhstani International Arbitration before adoption of the New Law already contained the provisions on waiver of right to make objections to non-compliance with the requirements of the arbitration agreement (Article 2), reception of written messages by the Parties (Article 11) and many others.

2) Disadvantages of the New Law

Distribution of powers is envisaged in Paragraph 4 of Article 6 of the Law on International Commercial Arbitration: «Disputes arising from civil-legal agreements, between individuals, commercial and other organizations, if at least one party is a non-resident of the Republic of Kazakhstan, may be submitted to arbitration upon parties’ consent».

In addition, Kazakhstan has significantly limited jurisdiction of arbitration courts and international commercial arbitration, as they may only consider disputes arising from civil-law contracts. But even more stringent restriction applies to arbitration court, which in accordance with Paragraph 4 of Article 7 of the Law on Arbitration Courts are not within the jurisdiction of disputes which affect the interests of the state, public enterprises, as well as disputes over contracts for services, works, products manufacture by subjects of natural monopolies and entities with dominant position on the goods and services market.

Problematic question in Kazakhstan is also a question about the subjects of appeal against awards of arbitration courts, namely of third parties. The Article 31 of the Law on International Commercial Arbitration does not say anything about it, as it is clear that such entities may be parties only.

However, in Paragraph 2 of Article 44 of the Law on Arbitration Courts appears another formula: «the award of arbitration court may be appealed only in cases where a party or a person, whose rights have been affected, have filed an application for disaffirmation of the arbitration court award, will present evidence that...». It means that there are other persons (not parties), which may file an application for disaffirmation of the award.

All of these issues should be solved by law as soon as possible so that arbitration courts and arbitrations could be developed successfully.